An In-Depth Analysis Of “Pay or Play” Initiatives 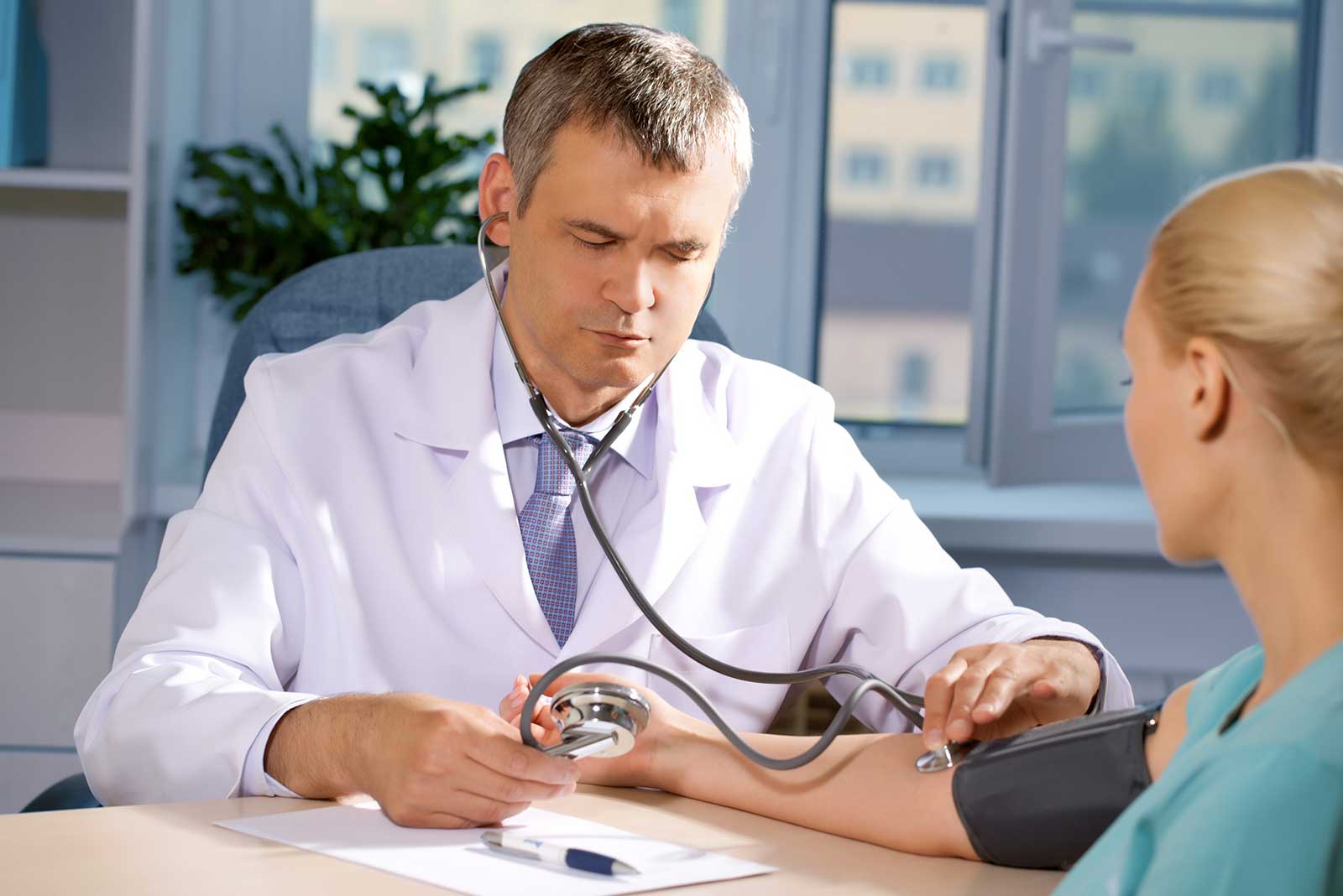 In CT, according to OHCA, 39% of the state’s smaller firms did not provide health insurance primarily because it was not affordable. However, those who provide the coverage tend to make it available to more of their employees. And finally, according to the Commonwealth Fund’s 2003 Report, “The Growing Share of Uninsured Workers by Larger Firms,” there is a growing trend of even large companies becoming less likely to provide benefits.

Because such large numbers of people get their health insurance through their employers, building on that system can be a promising way to insure more people. “Pay or play” refers to a type of program whereby employers either “pay” a fee to the state to fund an insurance purchasing program that buys private insurance or they “play” by directly offering coverage to workers and their dependents. Because this type of plan generally exempts small employers, it is not a threat to their ability to stay in business.

An analysis of “pay or play” programs in other states follows with information about Hawaii’s Prepaid Healthcare Act of 1974, California’s SB2 Health Insurance Act of 2003 (signed into law by former Governor Gray Davis and repealed by referendum on 11/2/2004), New York’s Health Care Security Act, Massachusetts Health Security Act of 1988 which was repealed before taking effect, and Nevada’s referendum on a living wage which ties the minimum wage to the provision of health care coverage by employers.

The first state to have any form of employer-mandated health insurance was Hawaii. While this legislation is primarily credited with significantly increasing the number of insured workers in Hawaii, reducing overall medical costs in the state, and making Hawaii the state with the second-highest rate (82%) of employer healthcare coverage, Hawaii’s prepaid model is no longer a plausible model for expanding employer-based healthcare coverage.

At the same time, Hawaii passed its Prepaid program, ERISA was established. ERISA was initially created and designed to safeguard employee pension programs by superseding or preempting state laws related to employee benefits. However, with the creation of ERISA, states cannot require employers to provide health insurance for their workers. Hawaii was able to get a Congressional exemption, and most experts agree that such an exemption would be neither probable nor possible today.

California is the first state to successfully pass a “pay or play” program designed to insure more workers. The bill was passed and signed into law by then-Governor Gray Davis days before being voted out of the office and then repealed in a referendum on November 2, 2004. While the law was repealed, it was only beaten by about a 2% margin. Many advocates see this as a near victory and indeed a stepping-off point for such legislation in other states.

The city council of New York City has been reviewing the NYCHCSA, with the most recent rally being held on December 9 to rally support for the proposal. In NYC, responsible businesses are struggling with out-of-control health care costs. These businesses face unfair competition from owners who lower their costs by not offering health insurance. This, in turn, forces responsible businesses to cut benefits to remain competitive (www.nyhealthsecurity.org). NYCHCSA is designed to help responsible businesses in NYC continue to offer health care coverage, expand access to tens of thousands of working New Yorkers, and indirectly save taxpayers’ money.

MA is unique in many ways. It has one of the most advanced health care systems in the U.S., its purchasers of insurance are organized and aggressive in holding down HMO costs, there are more specialists than primary care providers making the typical HMO model problematic at times, and its health care is more expensive than any other state. In 1988, a pay or play bill was passed and subsequently repealed.

Required that companies with more than five employees either provide health insurance or deposit $1680 per employee per year into a state insurance fund;

The fee paid by employers was considered a payroll tax designed to finance a public health coverage program while providing a credit for the costs of any employee health benefits the employer-funded up to the limit of the tax liability.

It was repealed and never took effect.

This proposed amendment, if passed, would create a new section to Nevada’s state Constitution requiring employers to pay employers $5.15 per hour if the employer provides health benefits and $6.15 per hour if they do not provide health benefits. The rates will be adjusted by the number of increases in the federal minimum wage over $5.15 per hour or, if greater, by the cumulative increase in the cost of living measured by the CPI.

Why support this referendum:

Why not support this referendum?

This is a “special tax” on both corporations and other businesses doing business in CT. It would apply to businesses with total gross receipts of more than a particular threshold amount, i.e., $1,000,000 per year.

Gross receipts as defined here would mean any business receipts regardless of whether or not they were generated in CT. To calculate this tax, you would multiply the gross receipts by a “healthcare security tax” percent, probably around 5%. From this number, you subtract the amount that the business paid (not employees) in the previous year for employee healthcare coverage.

This number is the business’s total healthcare coverage expenditure multiplied by their apportionment fraction. There is a rather complicated apportionment fraction calculation one would go through. The fraction would be the same for all corporations with no exemptions granted under the current CT corporate tax code.

The result of these calculations is the healthcare security tax the business must pay. It can be structured so that those companies already providing healthcare coverage do not have to pay the tax based upon the calculation for HST. The revenue generated from such a tax would expand HUSKY coverage to cover uninsured people. Tim O’Brien has developed several calculations for discussion.

Advantages to This model

Other State Initiatives Considered but not Enacted:

In 1998, as part of a minimum wage increase, the Washington state legislature permitted employers to pay a lower minimum wage if they financed an acceptable level of health coverage. In 2000, the Tennessee legislature had a bill that declared that “the primary source of health insurance for employed individuals should be an employer-sponsored health insurance plan” and would have imposed a tax on the gross revenue of employers that did not cover their workers.

In Maryland, in 2000, a legislative proposal would have created a universal coverage program, financed in part by a payroll tax but allowing employers to opt-out by continuing to cover their employees with benefits prescribed by state law. (Revisiting Pay or Play: A Briefing Paper)

Things to Consider in CT

California’s SB2 included the provision for a premium assistance component. A premium assistance program allows the state to subsidize health coverage for low-income residents whose employers offer health insurance. In CA, this means that those employees, where information was available, which raises privacy issues, who are eligible, could be enrolled in the applicable public health program. The public program would only pay the employee’s portion of the cost, while the purchasing fund would pay the state’s portion.

Healthcare advocates in CT do not support such a proposal for several reasons, including the damage it could do to efforts to restore coverage to Husky parents. It has not met with much success in states where it has been tried, it is administratively burdensome, and it can erode an already faltering Medicaid system. CT should not include a premium assistance component to any pay or play proposals.

The federal Employee Retirement Income Security Act of 1974 (ERISA) was initially designed to safeguard employee pension programs from mismanagement and fraud. The law also applies to other employee benefit programs, including health coverage offered through insurance. ERISA provides that the federal law supersedes all state laws that “relate to” employee benefit plans sponsored by private-sector employers or unions. However, there are also exceptions to the preemption, including the authority for states to regulate insurance. The preemption provisions distinguish between self-insured health coverage plans that cannot be regulated by states and insured health coverage plans that states can indirectly affect by regulating insurance.

The result of a 1995 Supreme Court decision regarding Travelers Insurance, ERISA’s reach in its preemption provisions for states was narrowed, leaving the door open to broader interpretation and defensibility of today’s pay or play plans.

To keep in mind when designing state pay or play plans (Revisiting pay or play: A Briefing Paper):

Marian Sahakyan is a content writer and a journalism graduate from California State University, Long Beach with a background in marketing as well as UI and UX design. Marian’s previous writing and reporting has been featured in several community newspapers throughout Southern California.