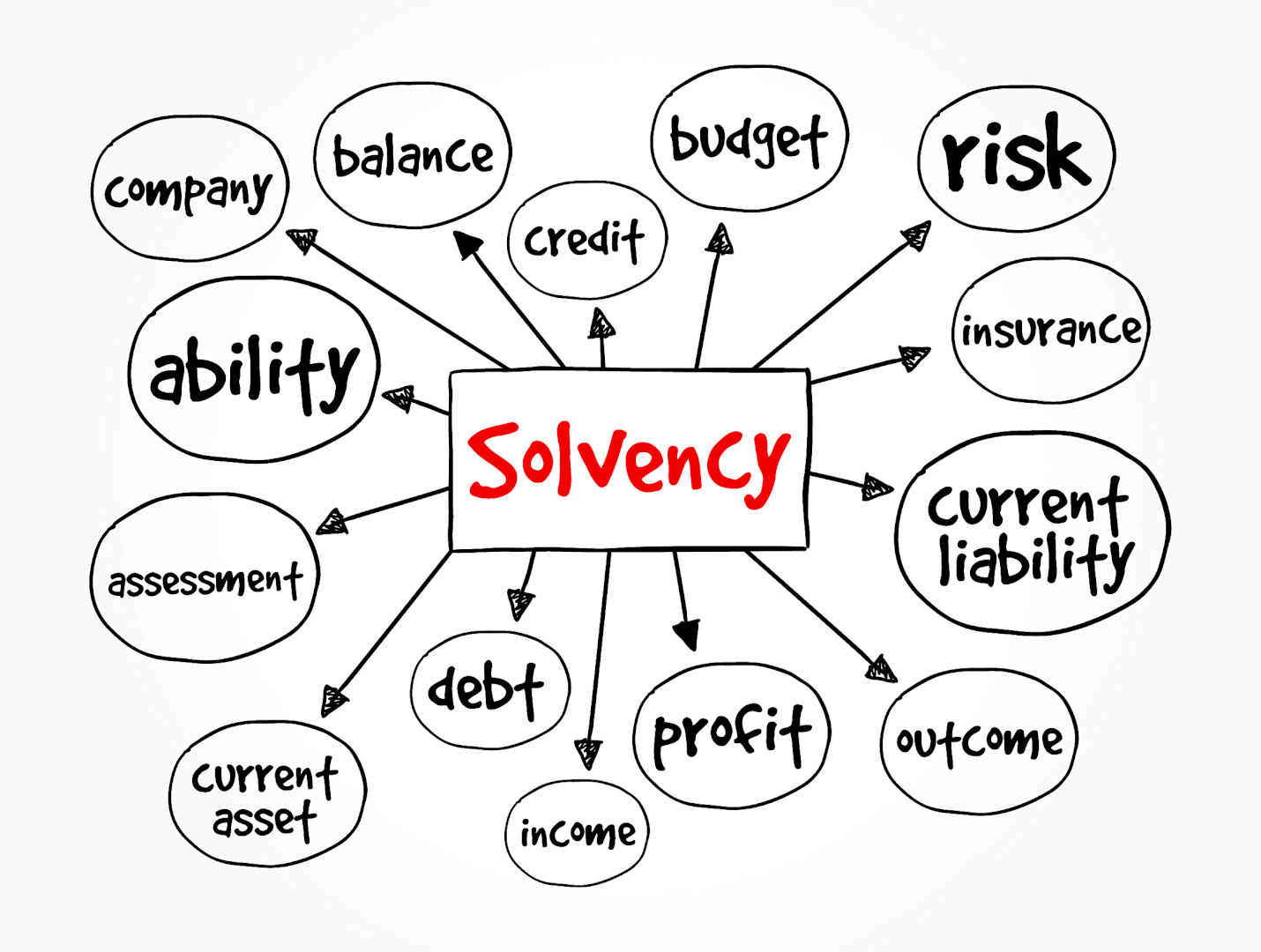 With over 92% of Americans having health insurance and almost everyone having at least one type of insurance from one of the 6,000 insurance companies, it is clear that the choice of your insurer is crucial. The range of carriers is staggering, making selection a nightmare for those unprepared.

Now, it’s not easy to dig that deep, but the good news is, you may not even need to. All insurance companies send reports to the overseeing governmental bodies, which then determine their solvency along with ratings that you can use.

That said, you don’t want to rely on a third party, no matter how credible it looks, do you? It’s always better to know the ropes yourself, huh? If so, continue reading: we’ll dissect all major components of insurance solvency in the lines below.

More often than not, insurance solvency is determined by the solvency ratio of a company (1.5 is a bare minimum):

Simply put, a solvency ratio is the ratio of the company’s assets to the amount of money it needs to pay to its clients. This includes the amount of risk the insurer takes (the less risk it takes, the higher the premium), as well as its reserve fund and reinsurance contracts.

Aside from a solvency ratio, which is the main way to determine the solvency of an insurance company, there are a few other solvency ratios that may come in handy:

* the higher the ratio, the healthier the company.

** the lower the ratio, the healthier the company.

There are simple and more complex methods and mechanisms behind achieving and keeping solvency, which vary depending on the insurer, but most carries base it on:

On top of internal solvency measures, every insurance company strives to occupy a decent position in the solvency lists – also known as credit ratings – of rating agencies. These ratings are composed mostly by private companies, but that doesn’t make them less valuable and influential. Healthy financial reports are a priceless marketing instrument for insurers as they boost the credibility of the latter in the customers’ eyes by outlining the financial climate of the company in layman terms.

Insurance Margin as an Important Indicator of a Company’s Solvency

Contrary to popular opinion, insurance companies are not just keeping the float (the money they receive from premiums) intact – they invest into financial instruments. Otherwise, they would have much fewer interested shareholders.

As an investment company, any insurer is characterized by numerous indicators, of which the most substantial is insurance margin:

While insurance profit is the profit made on premiums, net earned premium is:

GEP is the amount of all premiums paid to the insurer in a year.

But What If the Insurance Company Is Not Solvent?

Whether insurance companies work either independently or provide insurance services on behalf of the government – as is the case with, for example, Medicare Advantage plans – their solvency is always overseen by the state. Whenever the solvency of this or that insurer is questioned, the government activates the so-called receivership, putting the company under state control, which eventually leads to the necessary structural changes in the company.

Whether the changes are major or minor, they must make the insurer solvent, and if they fail, then the state may liquidate the insurance company while paying immediate claims using the money from a special guaranty fund – the mandatory insurance structure in most states – and from selling the company’s contracts to solvent insurers.

It’s easy to perceive insurance as overly controlled by the state and burdened by countless requirements (obligatory income statements and more), but that actually helps maintain the reliable and trustworthy image of the industry. An average client may quickly get lost amidst myriads of terms and rules, but at the end of the day, the only thing he or she wants is that the guarantees provided by the contract are guaranteed.